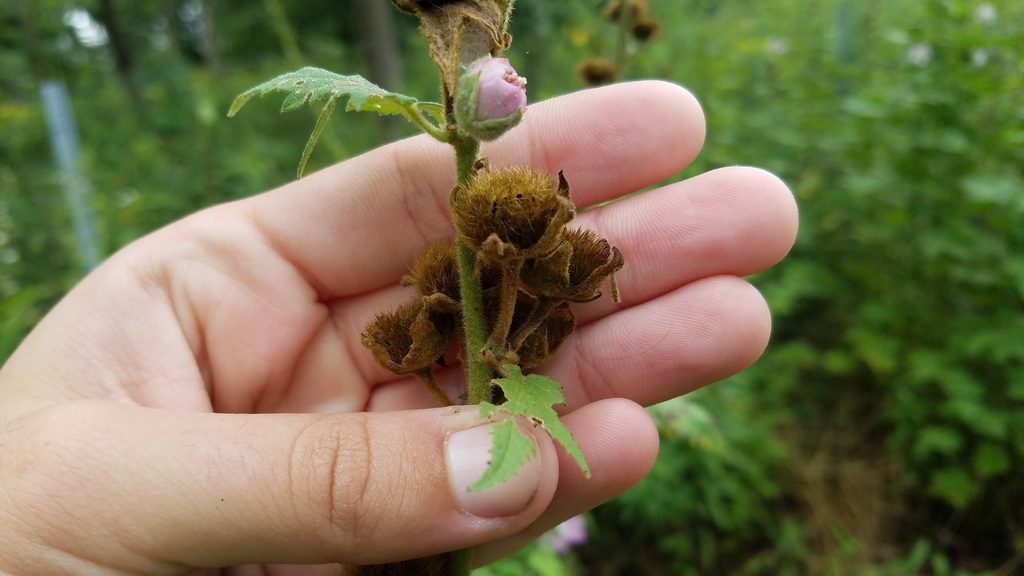 On a quick trip to Langham Island in Kankakee River State Park west of Bourbonnais, IL this past August, I had the chance to see the rare Kankakee mallow (Iliamna remota) in fruit . (And in flower!) I was surprised at the fuzzy chestnut brown fruits, having never seen them in person or photos online. The land steward of Langham Island, Trevor Edmonson, gave me a tour to the spot where they are most abundant. For those unfamiliar with the great story of the Kankakee mallow’s disappearance and return, here are a few links: 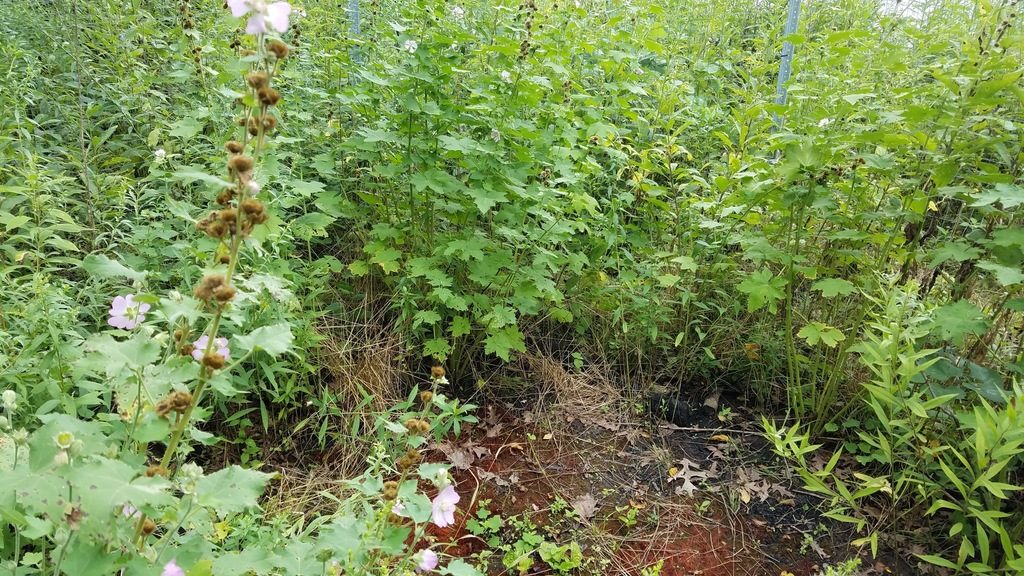 As habitat restoration volunteers cut, piled, and burned the invasive brush that was out-shading this rare species 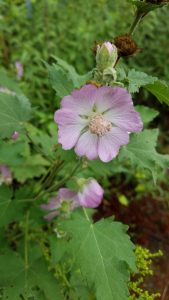 , baby Kankakee mallows popped up around the burn scars! Volunteers then began to construct “rolling burn piles” to maximize the perimeter of the lightly burned area for optimal baby mallow habitat and minimize the soil sterilization that occurs under extremely hot fires. Look at all this Kankakee mallow growing around the burn pile (above). Recognize it by its palmately lobed leaves, similar to a maple leaf. For now, volunteers like Trevor are caging larger populations to prevent deer from chomping the flowers. But the future looks good for this mallow should management continue. View my other observations from my brief visit to Langham Island.

I had never seen a photo of the fruit of a Kankakee mallow. I only recently discovered that the citizen science slash nature observation-logging website iNaturalist has a great feature along this line. In addition to cataloging millions of photos of professional and amateur expert-identified organisms in one place, the site sorts and shows each of those species at different life stages.

Anyone can help populate the database by adding the flowering phenology to your own or even other user’s observations. The option is below each observation’s description (see below). It is a bit muddled as any user can create their own “field.” And so, there are a few dozen different fields for phenology. The “right one” to populate this photo page on the site is called “Flowering Phenology.” Get to it. 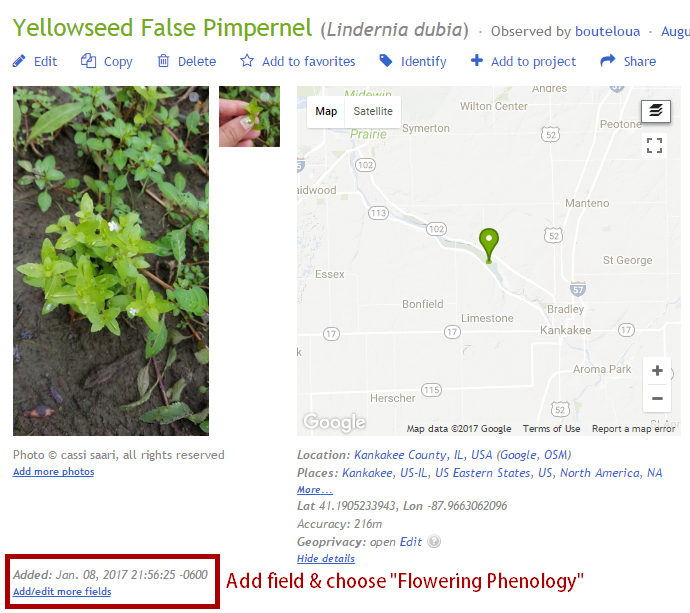 Do you have photos of rare plants in flower, fruit, or leaf that are missing from the internet? Share them on iNaturalist!